Here at Emerson we will bend over backwards to ensure that our customers get the best possible service and value. Whether it be a contract lift, Hiab operation or Transporting goods around the country, however, our cranes actually bend over forwards during a lift in a phenomenon known as “Crane Boom Deflection”.

Crane boom deflection occurs when a crane is lifting a load and its boom appears to be bending. It is a necessary part of crane design and all booms have this ability to flex so that they can absorb the loading forces that come from lifting a heavy weight. It means the boom is able to elastically deform safely without damaging the sections or shorten their life.

Crane boom deflection happens to all cranes, both hydraulic and lattice boom in varying degrees. Even though it’s a normal result of lifting, there still must be safety precautions and awareness.

So, if we look at the effect of it from an operator’s point of view there are 3 main areas to be aware of during lifting operations that can cause problems if the crane crew is not trained and prepared for it. The first is ‘Load swing’ which is the sudden movement of the load away from the crane as it is lifted clear of the floor. This causes a crushing hazard and also an impact hazard on any person or object in its path. Worse still, the load will actually swing away further than the end of the boom as it will have momentum… Now you have not only increased the radius and the tipping moment acting on the crane, but you have introduced a swinging load and a dynamic (moving) force acting on it. This can create a stability issue depending on the crane size, load weight, and radius. Note that placing the load down too quickly or dropping a load can create a similar phenomenon as the boom suddenly recoils and shock-loads the crane, possibly rocking an outrigger off its pad or damaging the boom itself.

When raising a load, an experienced operator will usually boom up as well as raising the hook. This helps keeps the head of the boom over the load. When lowering the load, the operator will do the reverse and boom down while placing the load. 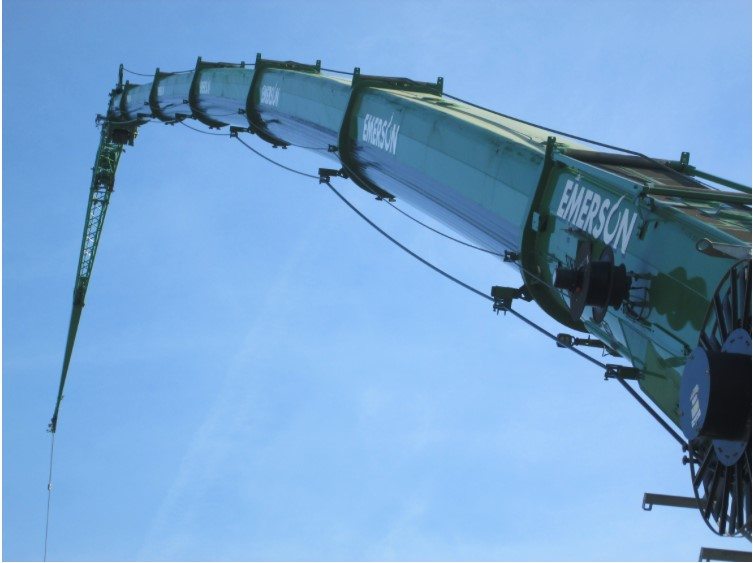 Another possibility is the deflecting boom can foul on a structure like the side of a building if you are lifting a load from the roof or even on the other side of the building. This can damage the crane or structure and should be factored in whilst planning the lift.

Lastly, if you are operating in a confined space with a ceiling. You may have picked up a heavy load like a lathe or milling machine outside with a crawler or pick and carry crane, then driven inside to place it in a workshop only to find that when you released the load your boom raises and comes into contact with the ceiling or a beam above.

These are all situations that we need to be aware of as they can catch an inexperienced operator off guard.

The steps below will help the lift to be completed safely and successfully.

Every crane has a specified safe working load defined in the load chart. As a general safety guideline, be sure to check each crane’s load capacity before any operation begins.

When a crane takes the weight of a load, understand that the radius will increase due to the deflection in the boom. Signallers should take the appropriate cautions by standing to the side of the load and out of the way any unexpected swing.

Make sure both the operator and rigger understand the crane’s limitations—the further a load is moved from the centre of the crane, the less weight it can lift. Additionally, lowering the boom decreases the crane’s load limit because the load moves further away from the crane itself.

AFTER THE LOAD HAD LANDED

To minimize any crane boom deflection after a heavy load is landed, the crane operator should lower the boom to release the weight of the load.

Though the bend in the boom may be unnerving to witness, all members of a construction site crew should understand the inevitable curve while simultaneously remaining safety conscious throughout the entire lift process. Knowing your workers are well informed isn’t the only crucial aspect. Keeping up with and maintaining your equipment is of the utmost importance. Proper maintenance and care ensures that there are no issues with your crane to complete a lift and lowers the chances greatly of an accident resulting from the lift.

Here at Emerson we ensure that our operators are fully trained and aware of what to expect and how to accommodate the challenges and benefits of crane boom deflection, we have a dedicated workshop and training centre that ensure that the operators and equipment are always ready to perform!

Get a free quote

Do You Have A  Project We Can Help With?